The experts at ENCOMPASS Benefits & HR Solutions Inc. provide professional consulting advice and support essential to our clients in the areas of employee benefits, group retirement savings and pension plans, health and wellness, and human resources counsel. We come from all sides of the industry to bring you a wide range of experience and specialization.

We work really well together as a team to solve even the most complex problems so you can surround your employees with the best solutions in the business.

Employee benefits plans can be complex and increasingly require a level of technical knowledge that no single person can provide. Our team approach ensures our clients always have a benefits specialist available to answer any questions. The ENCOMPASS team has over 140 years of combined experience.
Our Consultants
Our Service Team
Our Individual Insurance & Investment Team
Our Consultants

Bret is the principal at ENCOMPASS and earned his commerce degree from the University of Manitoba, majoring in human resources and industrial relations. Since 1990, Bret has worked in the HR profession and received his Certified Human Resources Professional (CPHR) designation in 2001. His Group Benefits Associate (GBA) and Canadian Health Underwriters designations are benchmarks for industry specialized education. His experience in union and non-union, as well as for profit and non-profit environments has developed his ability to solve various HR challenges using creative insight. Having spent 17 years as a consultant, he has added the role of leader, developing a solid team of consultants. He also enjoys waterskiing, wakeboarding, and racquetball. He and his wife have lived in Kelowna since 1998 and enjoy traveling with family.

David has volunteered on many projects locally and abroad, discovering his passion for helping others – a perfect fit for working with clients and their group benefit plans. He earned his undergraduate degree from the University of British Columbia and is very happy to call Kelowna home. David has had various leadership positions while working for the Canadian Forces as a Lieutenant and helping with the Air Cadet program where he obtained both his Glider and Private Pilot Licenses. As a result of having the opportunity to lead major projects to support various organizations around the world, he has come to the conclusion that a great leader is the product of successful teamwork. He is fluent in Spanish and enjoys traveling to experience different cultures whenever possible. In his free time, David enjoys flying to different locations around British Columbia, cross-country skiing and spending quality time with his family and friends.

After working several years for a large national group benefits provider, Kristy adds valuable insurance carrier experience to our dynamic team, and looks forward each day to learning and growing in our industry. Her years of experience in the financial services industry has taught her the value of superior customer service and she strives to achieve excellence in customer satisfaction with each client interaction. Kristy takes full advantage of living in the Okanagan Valley where she enjoys camping, running, and other outdoor activities with her husband and their young daughter.

Born into a military family in Fredericton, New Brunswick, Carol-Lynn moved to the Okanagan early on. She spent a great deal of time in the orchards and at the beach before moving to the coast in her teens. After graduating from secondary school, she went to culinary school initially and then on to business school. She started her financial and insurance career at Wood Gundy, where she worked for 16 years as a licenced executive assistant to three vice presidents. Carol-Lynn’s family eventually moved back to the Okanagan in 2002 to raise their two daughters. She is enjoying the dynamic ENCOMPASS team and applying her many skills and areas of expertise to our clients.
Email Carol

Greg earned his B.B.A with a focus in human resources from Okanagan College conferred by UBC-Okanagan. He joined ENCOMPASS with over 13 years of human resource experience, which included benefits management and payroll. With these years of front line experience, he has gained a strong understanding of the importance of employee support and communication, as well as the ability to provide a high level of client service. Greg is actively working towards his GBA designation. When not at work, you will probably find him on one of the many beautiful hiking trails of the Okanagan, watching a local sporting event, or in the lake. While thoroughly enjoying the Okanagan lifestyle, his dedication to his clients is unparalleled.
Email Greg

After working in the Credit Union system in various leadership capacities for 20+ years, Lorraine decided to develop her career in the retirement savings and benefits sector where she continues her passion of offering high-level care, advice, and guidance for clients. Her financial and coaching background along with her compassion and advocacy for clients strategically aligns well in her role with ENCOMPASS. Working through both the RPA and GBA designations through Dalhousie University, she is a life-long learner continuing to increase the value of her support and counsel to all clients. Lorraine is happily married, enjoys her five nephews and nieces, and loves where she lives! Having previously lived in the Okanagan, Alberta, and Vancouver Island, she is once again enjoying the beautiful Okanagan. Lorraine eagerly participates in fundraising, and volunteers at the Kelowna BCSPCA and local food bank. She enjoys boating, camping, hiking, travelling, scuba diving, and loves spending quality time with family, friends, and her giant breed dog, Saxon.
Email Lorraine

Originally from Vancouver, Lana earned her Bachelor of Commerce degree from UBC, specializing in human resources and organizational behaviour. After graduating from UBC, she worked in the benefits department for a large, multi-union organization. This was followed by a career move to a benefits and pensions consulting firm, where she supported groups of varying sizes as account manager. Lana enjoys the Okanagan with her extended family and loves the outdoors. She enjoys many sports and spends much of her free time snow skiing, playing hockey, or relaxing at the family cabin on Christina Lake.
Email Lana
Our Service Team

Originally from the Lower Mainland, Karen moved with her family to Kelowna in 2005. She joined the ENCOMPASS team after having worked many years in the not-for-profit sector, specifically in the areas of office administration, payroll, and group benefits. She oversees all of our financial reporting and accounting responsibilities, in addition to supporting clients. Always appreciating a good conversation, novel, or movie, Karen also enjoys hiking Knox Mountain, kayaking, snowshoeing, and camping. Together with her husband, she supports local social justice initiatives.
Email Karen

Carole, a long-time resident of Kelowna, joined the ENCOMPASS team in June 2011. She has worked for various Okanagan employers and has an extensive background in customer service and administrative support, dealing with group benefit administration, payroll, accounting, and financial planning. Carole enjoys getting out and taking in the beauty of the Okanagan Valley, from hiking the local trails to camping and fishing in the back lakes with her husband.
Email Carole

Elizabeth joined ENCOMPASS in 2009 for 7 years, left for a short time, and then rejoined our team. Originally from Quebec, where she now telecommutes from, her superior customer service provides great support to our clients for administrative and claim issues. For over 15 years, she has worked in the financial industry, supporting advisors and clients, and in HR/payroll fields in both private and government sectors. In her free time, Elizabeth makes her own greeting cards and loves to go camping, snowshoeing, and exploring the outdoors with her faithful pooch Leia! Another favorite pastime is frequenting local vineyards and savoring the harvest of local, sustainable farms.
Email Elizabeth

Charlie (Carol) Ferber joined the ENCOMPASS team with over 20 years of experience in Administration and Customer Service, working in both the private and not-for profit sectors in finance, employment, education, and construction. Having achieved her Qualified Administrative Assistant certification from McMaster University, Charlie has lived and worked in Ontario most of her life, but now brings her wealth of experience to our team at ENCOMPASS. Charlie and her husband moved to Kelowna in 2015 and are thoroughly enjoying the beauty and lifestyle of the Okanagan, sharing this with family and friends only enhances the experience!
Email Charlie

Originally from the U.S., Gerry moved to Kelowna with her family in 2007. Her background as a Human Resources generalist and plan administrator for a large corporation in California has given her solid experience in the group benefits industry. She earned her B.A. in Business with an emphasis in Human Resources (completing one year in the Master’s program) at the University of Colorado. She brings with her a sincere desire to service our clients, the resourcefulness to find solutions, and willingness to assist wherever possible. When not at work, Gerry enjoys paper-crafting, watching her children’s sporting events, as well as supporting her favorite NFL team.

Cheri grew up in Penticton then relocated to Vancouver Island to start her family and career.  She moved back in 2013 and settled in Kelowna to enjoy the weather and beauty of the Valley. Cheri comes to ENCOMPASS with 15 years of Administrative experience, the last 8 years in Benefits Administration supporting 120,000 employees in a multi-union organization.  She has great Human Resources skills coupled with  strong Customer Service and a fantastic attitude! In Cheri’s free time, you will find her coordinating events in the community for her daughter’s Dance team and travelling with her family.

Cheryl joined ENCOMPASS Benefits after moving to Kelowna from Calgary.  She has enhanced our support team with her extensive experience as both an Analyst and a Benefits Administrator.  Cheryl has a Bachelor of Business Administration from UNB in St. John, New Brunswick, excellent customer service skills, as well as comprehensive HR and benefits knowledge, enabling her to offer exceptional support for unique and challenging group plans.  In her free time, Cheryl and her husband like to bike local trails and explore the beautiful Okanagan Valley.

Rachel grew up in Beijing, China and moved to Kelowna in 2006 to study English.  Loving all that the Okanagan offered, she stayed to pursue a Bachelor of Business Administration at Okanagan College, with a specialty in Financial Services. Since graduation, Rachel has been working in the financial field and pursuing continued studies in the industry. She supports our Group Retirement clients and her knowledge and warm personality make her a delight to work with.   Her most enjoyable moments are those spent with her daughter.  In her spare time, RAchel enjoys dancing, volunteering at her church and spending time with her young daughter.

Cathleen has been part of the ENCOMPASS team since 2010, supporting our operations through new initiatives, transitions, and special projects. She provides a significant level of leadership in the accounting and legal areas of our firm. She received her bachelor’s degree in 1989 and later went on to study tax law. She regularly connects with many of our clients in various capacities and provides deep wisdom to her husband Bret, all the time! Along with leading worship at church with her soprano voice, her other passion includes volunteering with charitable groups in various countries. 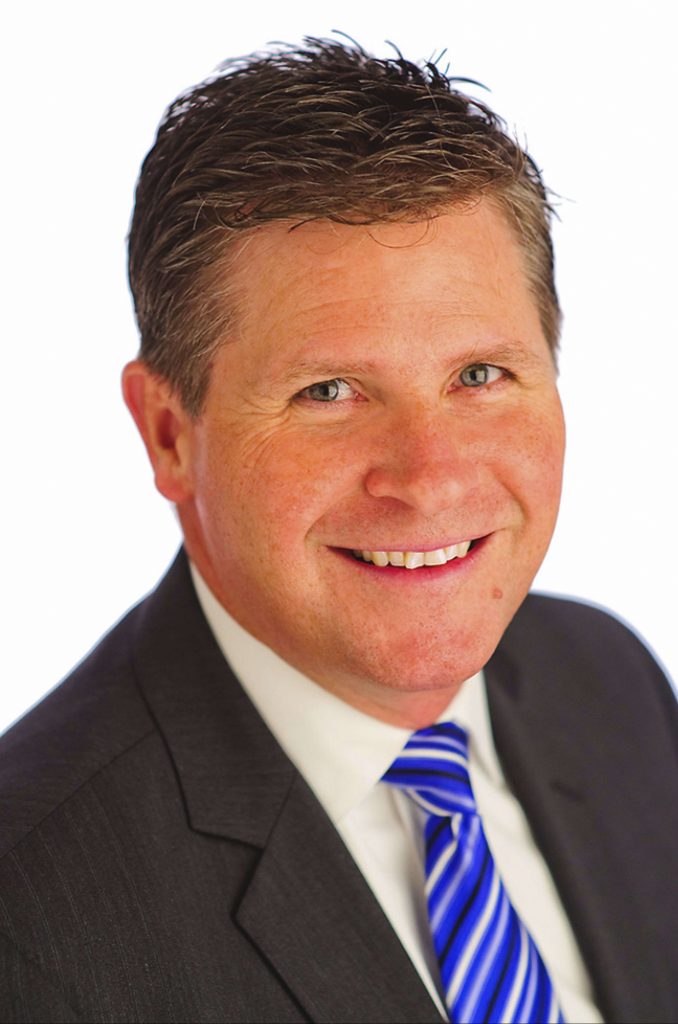 In additional to our Group Benefits and Retirement Planning services, the ENCOMPASS Estate & Business Solutions Ltd. division is dedicated to providing individual business, insurance and investment advice. Please contact Gary and his team at 250-763-1114 ext. 226 or visit their website.

We feel our clients are our best spokespeople. Upon request, we will provide you with client contact details. Alternatively, feel free to read our client testimonials.

Send Us A Message

Send A Message TO Bret Loge

Send A Message to David Rojas

Send A Message to Kristy Winther

Send A Message to Carol-Lynn Nicholson

Send A Message to Greg Shorter

Send A Message to Lorraine Richardson

Send A Message to Lana Lauriente

Send A Message To Carole Kormendy

Send A Message to Elizabeth Croteau

Send A Message to Gerry Ostrom

Send A Message to Cheri Ross

Send A Message To Cheryl Dempsey

Send A Message TO Rachel Zhang

Send A Message to Cathleen Loge